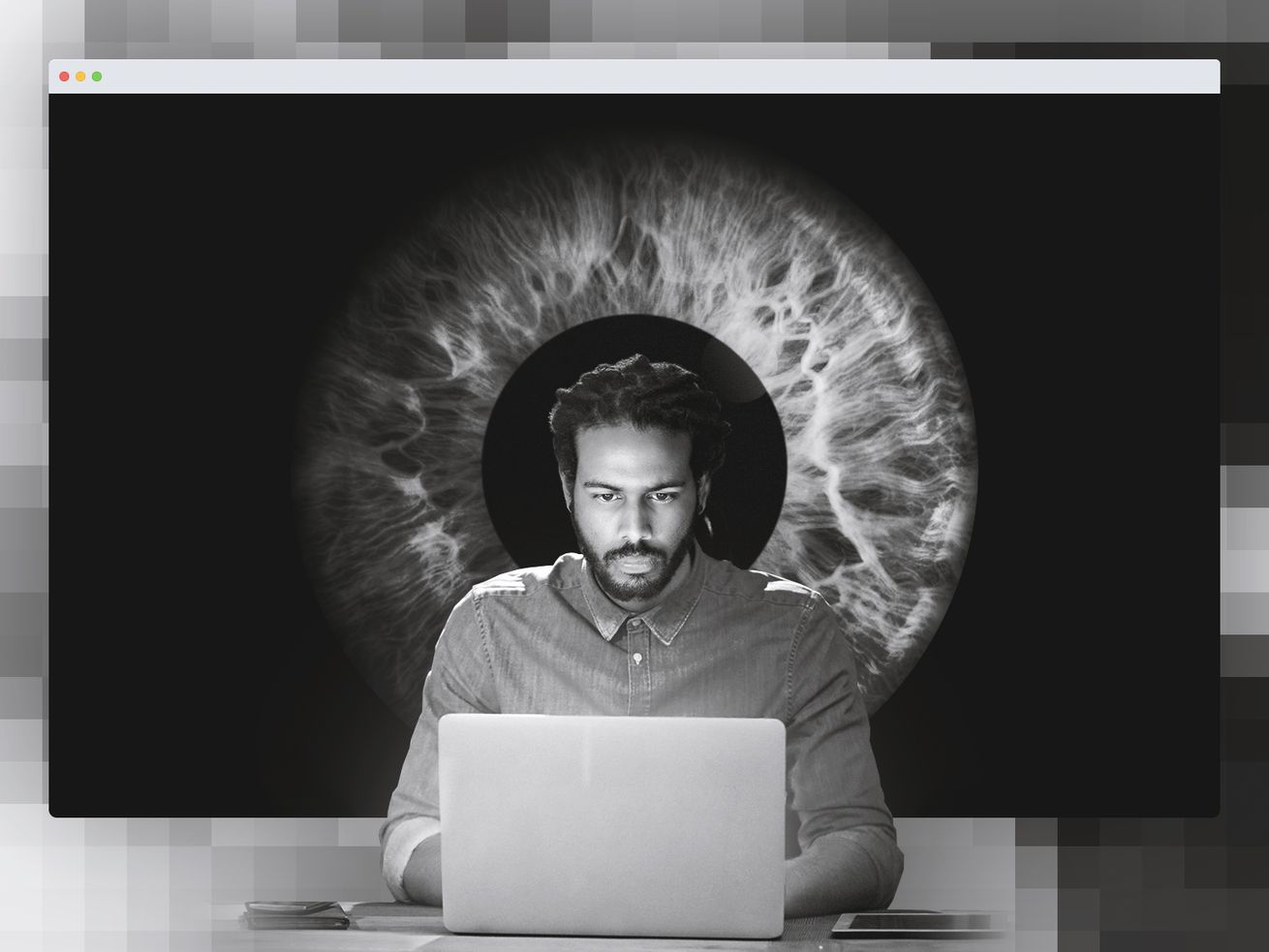 Your boss may be looking over your virtual shoulder right now. | Zac Freeland/Vox

Software that monitors remote employees is seeing a sales boom.

It’s a scenario that perhaps millions of employees across the US have experienced: Because of the coronavirus pandemic, your office closes up shop and your boss sends you home with a company laptop and the hope that you can get the same amount of work done remotely that you did when you were in the office. But some bosses don’t have to hope. They’ve installed tracking software on those computers to supervise their employees at home as well as — if not better than — they do in the office. Meanwhile, you may have no idea that your employer is virtually looking over your shoulder.

Employee monitoring software comes in many forms. It could be something as simple as Slack giving your boss access to your private messages or as complex as dedicated programs that monitor how many minutes you spend using Slack (also Facebook, YouTube, and, of course, your actual job). Some programs allow the employee to self-report time spent on various tasks, and others can record it for them. Some take screenshots of an employee’s monitor at random intervals, while others record every single key they press. Some employee monitoring features are so subtle you might not know they’re there.

The videoconferencing software Zoom, for example, used to allow hosts on its paid service to turn on something called “attention tracking.” This feature let them see if meeting attendees navigated away from the app for longer than 30 seconds during a meeting, which served as a good indication that they were looking at something else. It couldn’t see what they were looking at instead, and it could only be activated when the host was in screen-sharing mode. Zoom told Recode the feature was really meant for training purposes, when it’s important to know that people are actively watching a presentation.

Because attention tracking could be turned on without attendees’ knowledge — and because many people didn’t know the option existed until a string of reports recently raised alarm — many Zoom users felt like they were being spied on. Zoom’s mounting privacy issues didn’t help matters. So the company disabled the feature after widespread outcry, which demonstrates how much people dislike features like these and why employers should exercise discretion if and when they use them.

Employee tracking software has been around for years, but with so many more people working from home and many workplaces concerned that they won’t be as productive in their living rooms as they were in the office, some employers are turning to activity monitoring programs for the first time — as are their employees, whether they like it or not.

Companies can pick and choose which monitoring features they want to enable. Some employers use these programs to prevent or detect theft — a valid and understandable concern, especially in certain industries. But others see them as a way to make sure employees are staying on task and not wasting time on Facebook, apparently not trusting their workers to do so unsupervised. For workers, it can feel like an invasion of privacy that breeds resentment.

“My manager knows every single damn thing I do”

Jane (who requested that neither she nor her employer be named for fear of retribution) is a contractor for a translation agency based in Australia. Her employer tracks remote workers using a program called TeamViewer, which mirrors everything from an employee’s laptop onto their desktop computer, which is still in the office. Jane’s manager is in the office, too, so he can see, in real time, everything his employees are doing by looking at their desktop monitors.

“My manager knows every single damn thing I do,” Jane told Recode. “I barely get to stand up and stretch, as opposed to when I am physically in the office. I feel like I have to constantly be in front of the computer and work because if not, either the TeamViewer logs me out for being idle, or my manager randomly sends a check-in email that I must reply to promptly.”

Jane’s office had this system in place for remote workers well before the pandemic, but the countless new members of the remote workforce might be encountering them for the first time, according to several activity monitoring software makers. ActivTrak, Time Doctor, Teramind, and Hubstaff all told Recode that they’ve seen significantly more interest in their product from new and returning customers during the coronavirus work-from-home boom.

Time Doctor, which co-founder Liam Martin told Recode he likes to think of as a “Fitbit for work,” has had a “significant uptick” in business, with more leads in a week than the entire last quarter. Teramind reported a triple-digit percentage increase in new leads since the pandemic began. HubStaff said unique visits are up 72 percent in the last three weeks compared to the previous period, and it has added hundreds of trial customers and subscribers, along with adding hundreds of licenses for existing subscribers. ActivTrak has seen a threefold increase in sales requests and license increases from existing customers ranging from 50 to 800 in March, as companies scale up their remote workforce from some employees to all of them.

“We’re hosting informational webinars, detailed product tutorials, and posting tons of educational content around the clock in response to an overwhelming increase in demand from companies,” Rita Selvaggi, CEO of ActivTrak, told Recode.

The people behind these applications realize that workers may not be thrilled about being required to use tracking software, so they encourage employers to use them thoughtfully and transparently.

“Time tracking is always something that people don’t like to do, but we’ve focused our feature set on what makes the individual employee more productive while still giving the employer the piece of mind as to what is being done inside of the company,” Martin said. “Our software focuses on active time tracking rather than something that runs subversively in the background, and all data we collect is given specifically to the employee to improve their productivity.”

Teramind’s vice president of research and development, Isaac Kohen, says it’s important for employers to consider their employees’ privacy along with what they hope to get out of monitoring them.

“If you ignore employees’ right to privacy, you will risk legal ramifications, not to mention cultural rifts, loss of trust, and many other issues that will outweigh any security benefits you can achieve,” Kohen told Recode. “It can cause employees to feel spied on or untrusted, two things that can erode a flourishing company culture. But it doesn’t have to be this way.”

Giving employees control is best for everyone

When the pandemic hit, “John’s” employer (John did not want to be named or reveal his workplace for fear of retribution) was reluctant to let its employees work from home. It eventually did so under one condition: They had to log their hours in a time-tracking program.

“They said you have to use it, and were pretty forceful about it,” John told Recode.

After a week of accounting for every minute of his workday, John sees positives and negatives. As a software developer, his job often involves switching between several different tasks in a short period of time. Logging his activities on such a granular scale can be a pain and take up time he could spend doing his actual job. John also doesn’t think the time logs give proper context for job-adjacent activities that are necessary to accomplish a task.

“You’ve got to call it this person and talk to them and get ideas, or you need to browse the internet for a while to research a topic,” John said. “On paper, it looks like maybe you’re wasting time. But it’s critical to getting the job done well.”

John also understands why management would want there to be some accountability for workers that it suddenly can’t directly oversee. He likes that his job had enough trust in him and his co-workers to let them manually log their activities — rather than installing a program that does so automatically.

“If it wasn’t self-reported, I think I would feel weirder about it,” he said. “Especially since a lot of us use personal devices for our work. I’d be like, ‘I’m not gonna install your nanny cam.’”

Mac Quartarone, an industrial/organizational psychologist, said employees’ response to monitoring programs often depends on the organizational trust their company has built up with them.

In the case of this pandemic, where employees are essentially forced to work from home, introducing tracking software to make sure they’re getting that work done might seem like a punishment for something they had no control over in the first place. Quartarone also warns that the long-term ramifications of using tracking software during this crisis “could be damaging the sense of organizational justice and trust among your employees. And that will live on.” Quartarone recommends that employers give workers as much autonomy as possible and be transparent about what they’re tracking and why — as John’s employer did.

“If done right, it could really be a positive thing for employees that could outweigh the downside,” Quartarone said. “But I think if it’s done wrong, then the downside will vastly overshadow any positives.”

In the end, while Jane resents being monitored so closely by her boss, she also acknowledges that she gets more work done because of it.

“My employers realize I can be given more work now that they can monitor my screen directly,” she said.

For some employers, that’s the only thing that matters.

Update, April 2, 10 am: This post has been updated to include Zoom’s deactivation of its attention tracking feature.

Open Sourced is made possible by Omidyar Network. All Open Sourced content is editorially independent and produced by our journalists.

The human cost of a WeChat ban: severing a hundred million ties

In January, 1989, my 26-year-old father uprooted his life to move to the other side of the world. He had never been on a plane, let alone outside of China. But an American professor had offered him a postdoc, an opportunity he couldn’t refuse. When he landed, he made only one call at an […]

From Instagram knocking off Snapchat’s Stories feature to the already-forgotten Pinterest competitor Hobbi, Facebook has long copied its competition. | Kena Krutsinger/NBAE via Getty Images Here’s a look at some of the most notable times Facebook has copied other social media upstarts. Facebook’s TikTok knockoff, Instagram Reels, is making its big United States debut today. […]

Twitter is perfect as a megaphone for the far right: its trending topics are easy to game, journalists spend way too much time on the site, and—if you’re lucky—the president of the United States might retweet you. QAnon, the continuously evolving pro-Trump conspiracy theory, is good at Twitter in the same way as other […]